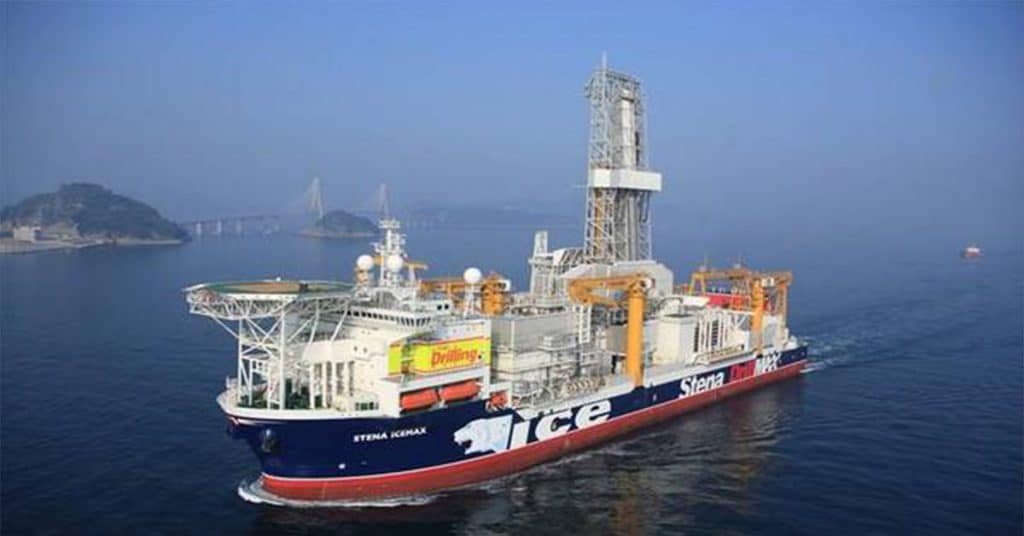 Drilling deep into data with XDI

In early 2018, the Scotland-based Babcock Mission Critical Services Offshore faced a problem. The Stena IceMAX, a huge drillship, would soon begin operating in the North Atlantic. It was there to commence development of the Porcupine Basin off the south-western coast of Ireland.

It would be the 98,000 tonne mothership for various rig tenders and its helideck would be the destination for a squadron of passenger, utility and supply helicopters. What was the problem?

Babcock MCS had to efficiently track and coordinate the movements of this mixed aerial and maritime fleet with very different, though interdependent, missions that were all centred around a landing platform that was also moving. What’s more, that platform would be 200km off the southern Irish coast in rough and dangerous waters. Doing all this was not a capability Babcock MCS had.

For assistance in developing a solution they turned to SkyNet Aviation.

SkyNet CEO Jon Davis explains that while a drillship in a new field is definitely the hub of operations, the rig tenders (this project involved six) are the true workhorses going out to do all manner of things, such as laying the cables. The role of the helicopters is operational agility.

“Servicing the drillship by helicopter avoids having to send equipment by sea and waiting around. What the helicopters are carrying could be anything that goes out there: staff, parts, food, everything. A helicopter might be in the air for 3 hours, with a ship it could be at sea for 3 weeks.  ”

While monitoring and managing helicopter operations for stationery oil and gas rigs is one of the Babcock MCS calling cards, the extra complexities of this project led them to look for specialist help.

“In a standard oil and gas flight tracking solution, you are dealing with static platforms. If you know where it is, you can treat it as a waypoint. You can’t do that if it is moving,” Davis says.

“When Babcock MCS contacted us they knew their current systems couldn’t deal with the Stena IceMAX’s helipad, designed for helicopters like the Sikorsky S92 and AgustaWestland AW101, being constantly in different places as it explored and drilled all around the oilfield.”

While the drilling support ships and helicopters already had tracking technology, they were in disparate system that could not be viewed in a single platform environment, these included:

“ADS-B updates for the aircraft are very fast and AIS updates are on about a 10-minute delay. We had to accommodate both reporting intervals, but it didn’t turn out to be a critical problem,” said Davis.

“The ships are maybe doing 10 knots – unlike a helicopter doing 100 – so they don’t move far between reporting intervals. The mothership usually moved even slower.”

When Babcock MCS and SkyNet looked at the problem, they immediately saw it was not about hardware, but of data integration. How do you bring all those different signals together in a unified tactical display that gives total continuity of monitoring?

“They came to us and said SkyNet was the only ones they knew who could do it. I’m proud to say they were right. And we showed them what we could do!” Davis says.

The whole process of getting to a successful conclusion began with discovery sessions – conducted digitally between Aberdeen, Scotland, and Brisbane, Australia – where senior staff of Babcock MCS met SkyNet to explain, examine and explore what their solution would need. Once all was agreed, Jon says SkyNet got to work tasking its internal team of software engineers.

“We spent a lot of time getting the requirements from the client and then looking for ways to meet that objective,” he says.

“As an all-online platform, there is no hardware involved: the various pieces of tracking equipment are all  already out there and fitted and reporting. So what Babcock MCS needed was an expert IT solutions team to put it all together into a single pane of glass.”

And high among their requirements was safety assurance.

“The safety element comes in when an aircraft has got into trouble. If you ditch in the Irish Sea, the survival times are around 1 hour. So the Irish Coastguard also needed to be able to know the exact times and positions. This solution is really about assuring safety and boosting efficiency through operational visibility.”

Other capabilities the solution covers include:

Davis says it was a rapid solution to build – just 14 days from brief-in to handover. What’s more, everything was developed remotely in Australia and then rolled out digitally in Scotland.

“I was quietly and pleasantly surprised about that timeframe myself,” Davis says.

“This project is also proof that we have the capability to put these projects anywhere in the world – a global reach. We quickly delivered XDI across an ADS-B feed, AIS data and satellite communications to achieve a fully and live picture of where all the aircraft, ships and helipads are in a dynamic and challenging theatre of operations.”

Davis says the two main contacts at Babcock MCS Offshore, Gavin Baxter and Michael Deakin, were both  excellent to work with.“Babcock MCS is a great operator. They know their stuff and can communicate clearly about their needs. They have clear boundaries and expectations and we delivered their operations room in Killarney a dynamic view of what is happening right now far out to sea.”

XDI to uplift your operations

What this project means is that if you already have a fleet of satellite modem equipped aircraft, XDI to improve ops can be simple and rapid.

“Get your provider to API your data to us,” Davis says.

“We are set up to absorb that data into a hybrid fused pipeline and present the info to you in REACH Day Of Operations – our enterprise-grade web platform.

“We have so much development experience in data-fusion technologies. We have seen it and done it all.

“When someone brings something to us it is not something new. And, like Babcock MCS, we can often deliver a solution quickly and anywhere in the world.”