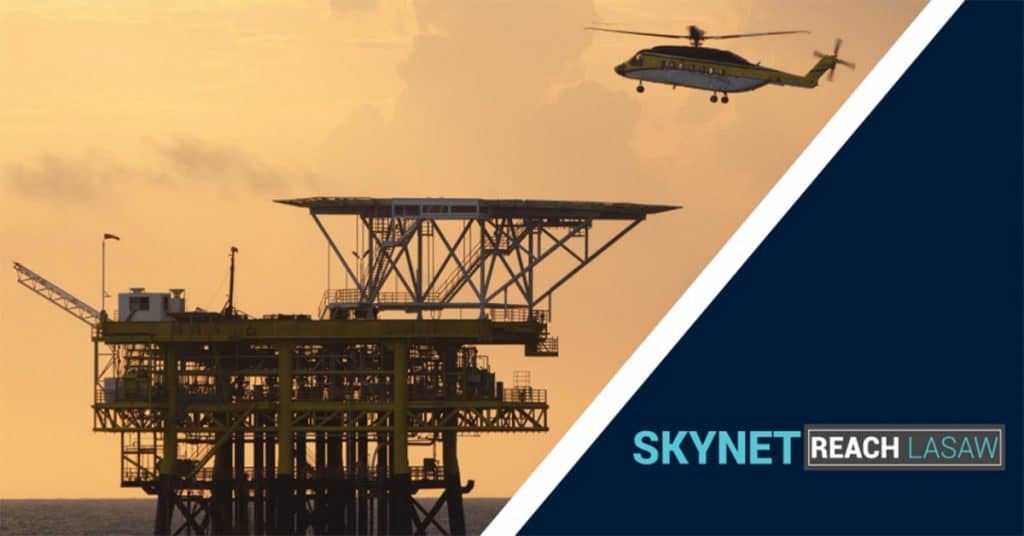 Whether it’s an airport, airstrip, airfield or helipad, your ground staff must know when an aircraft is about to touch down. If you’re responsible for an uncontrolled aerodrome, then unplanned, unexpected or unknown landings are a safety hazard and source of lost revenue.

For example, the UK Civil Aviation Authority concedes that unreported ‘wrong deck landings’ may have occurred 180 times through the 1990s just for oil and gas rigs within its jurisdiction.

More recently, for the North Sea alone there were widely published reports of pilots landing on – or making approaches to – the wrong helidecks without warning in 2014, 2017 and twice in 2019. This is, of course, not to mention the unreported incidents.

Meanwhile, in a single regional airport in the US, the Federal Aviation Administration reported “dozens” of recent incidents of incursion, including pedestrians wandering onto runways and snow-removal equipment crossing in front of incoming planes. (Green Bay Press, Nov 2014 – Wisconsin).

And, with LASAW, the risks posed by these kinds of incidents can be majorly reduced.

“As a rig or land-based safety system, REACH LASAW means ground staff are proactively alerted when there is an aircraft arriving – even if there is no tower support,” SkyNet CEO Jon Davis says.

LASAW (an acronym for Landing Approach Surveillance And Warning) works through using ADS-B to detect, track and log all aircraft – fixed wing or rotary – that are in a landing configuration for an aerodrome. If the aircraft passes the alert point, the system automatically initiates nominated on-the-ground warning procedures.

More than increased safety, LASAW captures and stores detailed logs of every ADS-B equipped aircraft that touches down at your aerodrome. All this information is available to your operations team through the tool’s simple and powerful reporting function.

Does LASAW rely on radar?

No. LASAW leverages ADS-B and a powerful software platform. Combined, these constantly monitor surrounding airspace for any aircraft whose flightpath matches the unique landing configurations of the runway or helipad. If there’s a match and the ETA threshold is reached, an alert output signal is triggered.

No. The closest analogue to LASAW’s functionality would be having a radio operator monitoring radar coverage and  continually contacting every nearby aircraft to ask its landing intentions.

LASAW can be enabled for any location covered by a SkyNet ADS-B receiver.

Is LASAW difficult to deploy?

Are there any other hold-ups?

Certain high-duress applications – such as oil rigs – require all signals equipment to undergo significant compliance accreditations. Our equipment passes all signals interference and compliance requirements and is currently operating in these environments.

LASAW is offered under a SaaS model. The monthly service fee for system maintenance and technical support is highly cost-effective.

If an aircraft is in a landing configuration and aligned with the runway or helipad in question, the system’s software will detect it and then output a signal to a custom alert policy. This occurs even if the aircraft is not in communication with the ground.

How much warning can LASAW give our people on the ground?

It can detect aircraft in a landing configuration up to 5 nautical miles out. This usually means around 2.5 minutes of warning. The level of sensitivity of the system can be customised for different operators and aerodromes.

What do we do when LASAW goes off?

Clear the landing zone and, if necessary, contact the aircraft via radio. The LASAW system can also be integrated to automatically trigger your warning lights, landing lights, bird scarers and automated two-way radio messages.

Yes. LASAW generates approach logs and landing reports. These enable you to see every aircraft that was in a landing configuration, which of those actually touched down and how long they stayed. If your aerodrome charges landing fees, it is important to have an accurate source of this data.

The automatic eye on your aerodrome and airspace

LASAW gives you greater vision and control for the airfield, airstrips, airports and helipads that you’re responsible for. It’s simple. It works. And SkyNet can enable it for you today. Contact us to find out more.